Fans of Maria Bamford’s Lady Dynamite may find the transition into season two a bit jarring. While the first was brimming with zany comedy, it kept one foot in the real world by telling the true story of Bamford’s diagnosis with Bipolar II. The second season moves away from this exaggerated biopic, opting instead for a largely fictionalised version of her life, resulting in some of the most absurd comedy ever produced in the history of television.

The season runs three individual storylines concurrently, each taking place at a different time in Maria’s life: 1987, present day, and an unspecified time in the future. While often thematically linked, each section of the show has a very distinctive comedic voice which keeps every episode feeling fresh. The 1987 segment lampoons the wholesome family sitcoms of that era, whilst the present day takes a frenetic look at how mental illness affects a modern relationship, among many other things.

But ultimately, it’s the future plotline that proves the most exciting. Kicking off with Maria agreeing to make a show about her life (an allegory for Lady Dynamite subtly titled “Maria Bamford is Nuts!”), this escalates dramatically and hilariously as the season progresses. By the final episode it’s a hyperactive tour de force of surrealist comedy.

Bamford should be applauded for her remarkable performance, and the supporting cast is equally strong. Mary Kay Place reprises her role as Maria’s over-protective mother, and is responsible for some of the best line deliveries of the season. Ana Gasteyer is endlessly watchable as the outrageously aggressive talent manager Karen Grisham, while Lennon Parham makes a big impression with relatively little screen-time as Maria’s dim-witted friend Larissa.

Lady Dynamite is the best show on television that you’re not watching. The series is gushing with creativity and the writing has only gotten sharper in this second season, performed by an ensemble cast high in talent and low in ego. It seems fitting that the television series working hardest to destigmatize mental health could easily be described as completely insane. 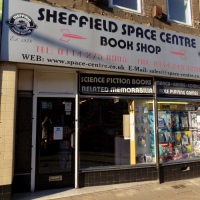 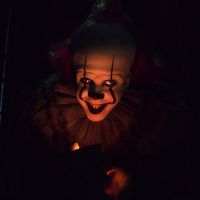