It was a remarkably quiet weekend at the North American box office, as the major studios didn’t dare challenge the supremacy of the Super Bowl. With no real competition, M. Night Shyamalan’s Glass was able to hang on to the top spot for the third week running, a nice achievement on paper but upon closer inspection things aren’t looking so rosy.

The film is about $10 million behind where Split was at this point in its theatrical run, meaning that it’s unlikely to match the gross of its predecessor domestically or overseas. Undoubtedly, the film is still a success with a mere $20 million production budget and a worldwide haul currently sitting just shy of $200 million. Nevertheless, Glass will be viewed as an under-performer relative to its ambitious expectations.

The same cannot be said for The Upside, a film expected to be dead-on-arrival which continues to deliver very solid business domestically. In the weeks following its number one debut, the film has consistently dropped no more than 26 per cent with this past weekend being no exception. It’s another domestic win for Kevin Hart, whose biggest hurdle remains his lack of appeal among overseas audiences.

While Hart has found much success with the likes of Central Intelligence, Get Hard, Ride Along and its sequel, oftentimes his films do as much as 80 per cent of their business in the United States. The Upside is an even more extreme case, with less than eight per cent of its worldwide gross coming from foreign box office takings. This apparent lack of interest from audiences outside of North America is something Hart will need to work on to lend more credibility to his movie star status. 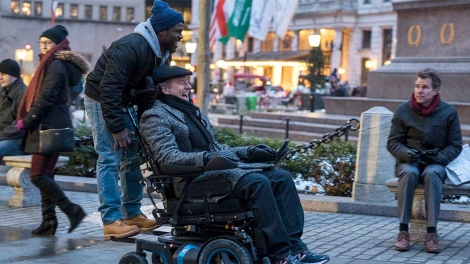 The only wide release of the week was Miss Bala from Sony Pictures. The studio had a strong January, releasing smaller fare like Escape Room and A Dog’s Way Home to good business, but couldn’t repeat the trick for this revenge flick starring Gina Rodriguez. It’s the latest miss for female-led action movies, after Atomic Blonde, Proud Mary and Peppermint each under-performed to varying extents. The attribute these movies all share is a negative response from critics, meaning that this sub-genre desperately needs to attract more reputable talent.

Elsewhere in the top ten, the gentlest drops were felt by Green Book (21 per cent), Into the Spider-Verse (27 per cent) and Escape Room (29 per cent). The Kid Who Would Be King dropped 41 per cent in its second weekend, which is a disappointing result given the lack of competition and its already meager opening. The long-awaited second feature from cult favourite director Joe Cornish can’t be classed as a financial hit, but it has at least found a fairly positive reception from critics similar to that of Attack The Block.

Outside the top ten, Oscar nominees Free Solo, Cold War and The Wife all saw an expected awards season boost.

Here’s the top ten in full: