Over the weekend a close battle was being fought at the North American box office, as awards contender Hidden Figures debuted stronger than expected and challenged Rogue One: A Star Wars Story for the number one position. So close were the results that conflicting reports declared different winners, until the final numbers were revealed today and all became clear. Ultimately, it was the underdog Hidden Figures which took the top spot, with less than a million dollars between it and its juggernaut competition. Both films brought in over $22 million over the three-day period.

This is fantastic news for Hidden Figures; the film has been met with positive reviews, but a somewhat understated presence on this year’s awards circuit. Voting for Oscar nominations remain open until this Friday, so perhaps this impressive result could sway some Academy members towards giving the movie some last-minute recognition.

At the very least this is a credit to the star power of Taraji P. Henson, who takes the lead role here and also fronts the mega-hit TV show Empire on FOX. Of course, the movie also featured other big name talent including Octavia Spencer and Kevin Costner, but Henson was central to the film’s marketing campaign.The film was mistakenly called “Hidden Fences” at the Golden Globes last night by Michael Keaton, who confused it with rival awards contender Fences (starring Denzel Washington and Viola Davis). Cue a trending hashtag on Twitter.

Rogue One: A Star Wars Story settles for a close second place position, after holding the number one spot for the last three weeks. The film has been a resounding financial success, albeit not nearly as big a hit as 2015’s The Force Awakens. Still the film has passed $900 million worldwide, and is very likely to cross one billion before it completes its theatrical run. Although domestically the film lost out to Hidden Figures, at the foreign box office it remained number one thanks to a healthy debut in China where it took $31 million.

Illumination Entertainment’s Sing held respectably in its third weekend, dropping a little under 55% to keep itself in the top three. The family movie was nominated for Best Animated Feature at yesterday night’s Golden Globes, but lost out to Disney’s Zootopia. The film seems unlikely to perform quite as strongly as The Secret Life of Pets did back in the summer, however is shaping up to be a solid earner; currently it’s up to a worldwide total of over $350 million on a budget of just $75 million.

Last week’s big new release was supposed to be the fifth entry in the long-running Underworld series, but alas the film failed to materialise. Last week, we said the film would want a weekend haul somewhere between $23-26 million to match or surpass previous installments, but that was a far cry from what actually happened. Underworld: Blood Wars brought in just $13 million over the weekend, the lowest debut for the franchise to date.

Analysts have blamed the dramatically bad weather in some states across North America for the underwhelming debut, and suggest next weekend’s holdover will be a better indication of audience interest. Even as it stands, this isn’t a complete disaster for the Underworld franchise; this latest entry had a relatively low budget of just $35 million, and has done solid business overseas (with a current global total of $55 million. A sixth movie in the series isn’t off the table just yet.

Rounding out the top five was La La Land which expanded into 765 additional movie theaters over the weekend, for a total of $10 million. Expect the movie to come back stronger next week, off the back of its record-breaking seven wins at this years Golden Globe awards.

Outside the top ten lies the weekend’s greatest disappointment, A Monster Calls. After a fortnight in limited release, the film expanded to over 1500 locations but failed to find an audience despite glowing reviews. Bringing in just $2 million, it settles for the number thirteen spot. This disastrous debut combined with being completely shut-out of this year’s awards race makes this a disappointing project for director J.A. Bayona, whose next movie will surely be a bigger hit; it’s a little feature coming next year called Jurassic World 2. 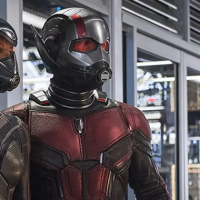